It feels odd to be emailing about spring gravel the morning after I spent the evening on Old Stinky, the ’96 Ski-Doo Skandic I use to groom our neighborhood Penman trails. We got about 7 inches of great snow yesterday, so anyone looking to get their fat bike or ski mojo going should consider a visit to the area. The Birkie ski trails will be great and the CAMBA fat bike trails should be set up well by next weekend. I mostly fat bike on the endless gravel roads up here and they should be perfect in a day or two as well.

Anyway, before Christmas, I wanted to update all Hungry Bear ghosts, past, present and future about the event status and encourage you to register. As of this email, there are 39 riders registered. Last year we had 360, which Goldilocks feels is just about the right number to fill local businesses but not overwhelm them during the spring shoulder season. That also generates enough revenue to make a significant donation to our local Cable Volunteer Fire Dept and set aside some money for the equity program that we run on the Tour de Chequamegon.

Last year on the long course, two very experienced racers told me they crashed badly enough that they needed to go to the hospital. They were both lucky to have someone help them given this Old School/DIY-style gravel event has not had an emergency medical plan in the past. Both ended up healing fine, but the crashes gave me pause. Then I heard about the death of Suleiman Kangangi, the pro racer from Africa who crashed and died on the 67-mile Vermont Overlander gravel race last year and I kinda freaked out.

I even talked to Lachlan Morton about it when he was at the Chequamegon Mountain Bike Festival to race the Lifetime Gran Prix. I have been trying to figure out how I would feel if someone crashed and died on the Hungry Bear course. Lachlan was a good friend of Kangangi and his take on it was that I would feel like shit. I hope I didn’t put a dark cloud over his race that day bringing it up, but he had an online fundraiser going on for Kangangi, so it was top of mind. I know we all accept risk whenever we get on a bike and people do have freak accidents and die in bike races and even everyday bike rides. But as person who perseverates about unresolved issues and the organizer of a casual timed ride, I know I could never forgive myself if someone died in a crash and I had no emergency medical plan at all.

So this year, I am working to have some basic emergency medical response plan. I am in contact with Les Luder, the guy who heads the EMR team for the Chequamegon MTB Festival, the Birkie events and also in contact with Dave Mangan from the Wisconsin Bike Patrol. I will also be talking to the Cable Volunteer Fire Department to see if they can help since they get a significant donation. The Fire Department in Cable doesn’t officially do medical calls, but I have been told at least a couple of the members are also EMT’s.

I don’t yet have a plan, but I am determined to have at least a medical sweep on each course.

On a more cheery note, I have brought back the slices of Tilly’s Pies at the finish for those who want it. To simplify things for Trudy and to ensure those who want pie get it, I am taking orders for pie in registration on BikeReg. Those who do not pre-order may still be able to get pie if Trudy has some, but last year she sold out.

I also had a talented friend draw a fun Goldilocks and The Three Hungry Bears illustration which is featured on event T-shirts and freeride jerseys from Borah Teamwear. You can order those on BikeReg and get them at the event or order them on my LifeAboveEight.com online store, which includes shipping to get them sooner.

I have had a few people ask me for traditional full-zip jerseys with pockets in the back vs the freeride style below. I need a minimum of five to place an order with Borah, so if you are interested in a traditional jersey, email me at upnorthforgood@gmail.com.

I know we are just sliding down the hill into winter, but it would be nice if we could get some more people registered before the end of the year so I feel comfortable going forward with the event and developing a better EMR plan. As always, all profits above hard expenses like permit fees, apparel costs, pie and race plaees are donated back to worthy causes. While I can still afford it, I do not take any money from the Hungry Bear or the Tour de Chequamegon. If that ever changes, I will be transparent about it. 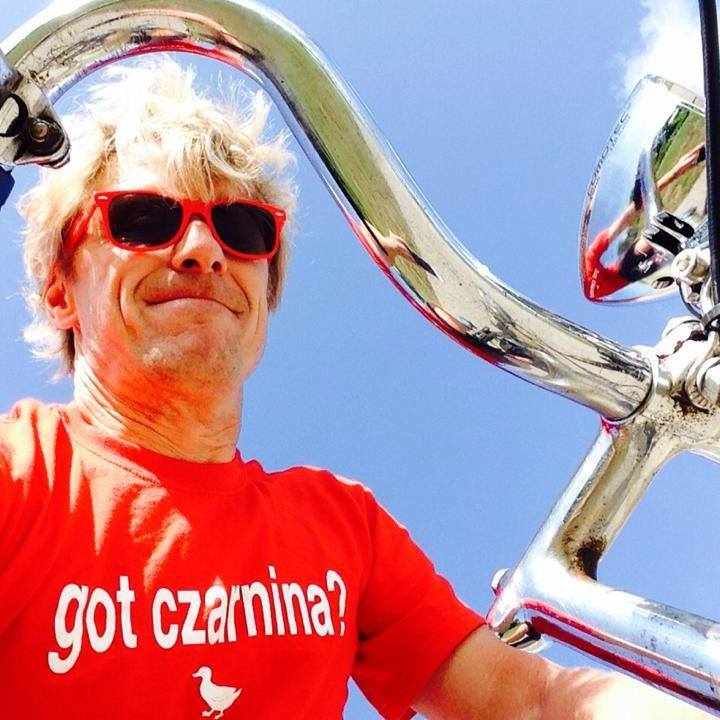